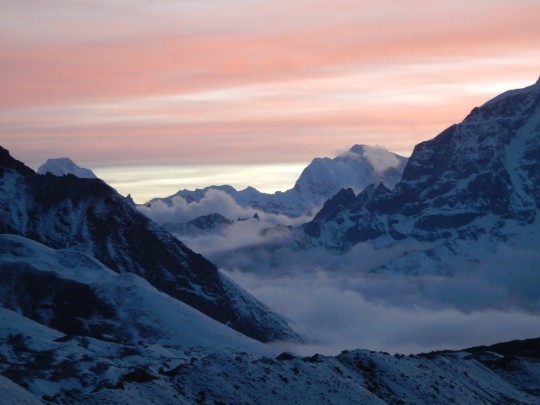 On adventures in Himalaya – Is it advisable to trek in Nepal this autumn?

It started to be clear to me in the days after I arrived back in Kathmandu after my Everest expedition that the earthquake, which hit Nepal on the 25th of April, would have a significant impact on the tourist industry. For each day that I stayed in Kathmandu, the number of tourists that I saw in the tourist area of Thamel decreased until it reached the point where I could count the number of tourists I met on my visits there, literally, on one hand.

I heard that Langtang, where I was planning to have an Easter trek next year was heavily damaged and would take a long time to recover. I also heard that Ganesh Himal in Dhading, another area that I plan to organize treks next spring, was very damaged, but the locals I spoke with believed that it would be possible to organize treks there as soon as this autumn. Having just arrived back from my Everest expedition, I knew that it would be possible to trek in the Mount Everest region this autumn. Likewise, I also heard that the Annapurna region and the neighbor region of Upper Mustang were not affected much by the earthquake. 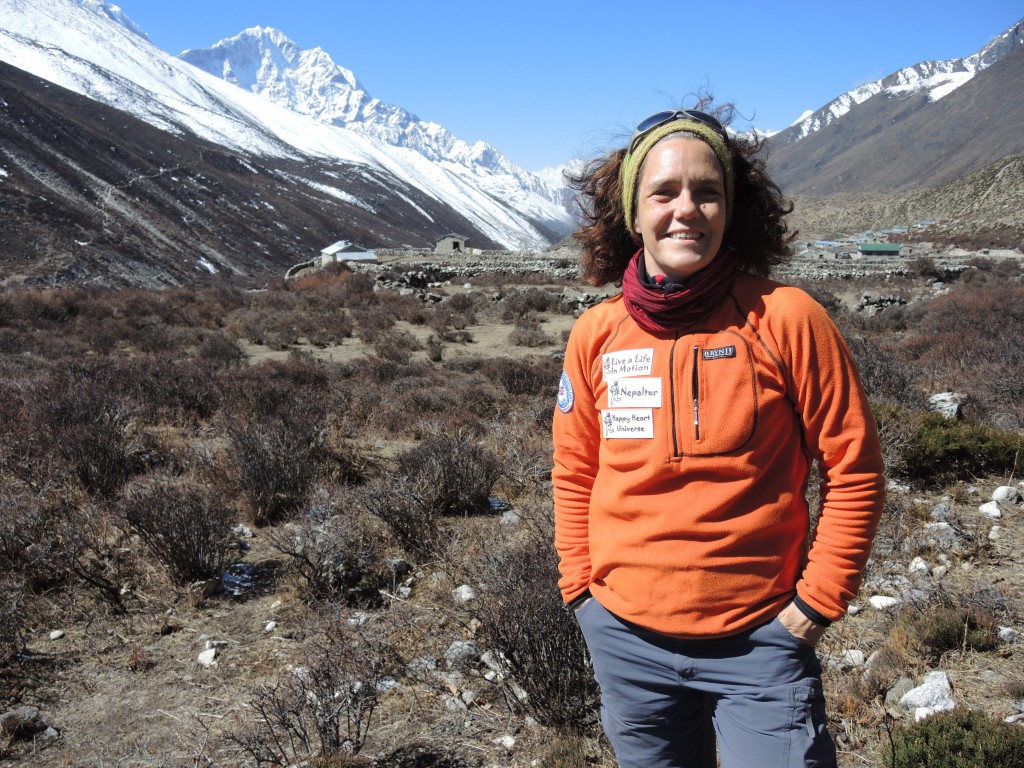 After hearing all of these reports, I felt I had to get out in the mountains again and get a feel for the situation in the Himalayas myself, especially since it was starting to get close to monsoon season, which is off season in many areas in Himalaya due to the many landslides that are triggered by the rain. As I want to promote treks in non-tourist areas in the future, I wanted to also see if I could find a new potential route. So I headed out to the Annapurna range – more specifically, to a trekking route to Margi Himal Base Camp with my good friend and guide, Babu.

Margi Himal Base Camp is a side trek to the more famous Annapurna Base Camp trek and is different from all the other treks that I have participated on in Nepal. Usually on treks in Nepal, one walks through valleys to reach a viewpoint or a base camp with spectacular view of one of the many mountain ranges in Nepal. On this trek, however, Babu and I walked on top of ridges that not only had spectacular views of Annapurna I, but also had amazing views looking down onto the small villages on the path to Annapurna Base Camp all along the route up to Margi Himal Base Camp, which we were able to reach in spite of the weather conditions. With the exception of a French couple we met along the way, the area was void of tourists.

Whenever we travel together, Babu and I always have many good conversations about different possibilities when we trek in new areas and this trip was no exception. Although we determined that Margi Himal would be most suitable for more experienced trekkers, we arrived at many more good ideas for future treks. Babu will be our guide on the trek that I am planning next Easter. He has many years of experience as a trekking guide in Himalaya, is extremely service minded, always helpful and speaks good English. 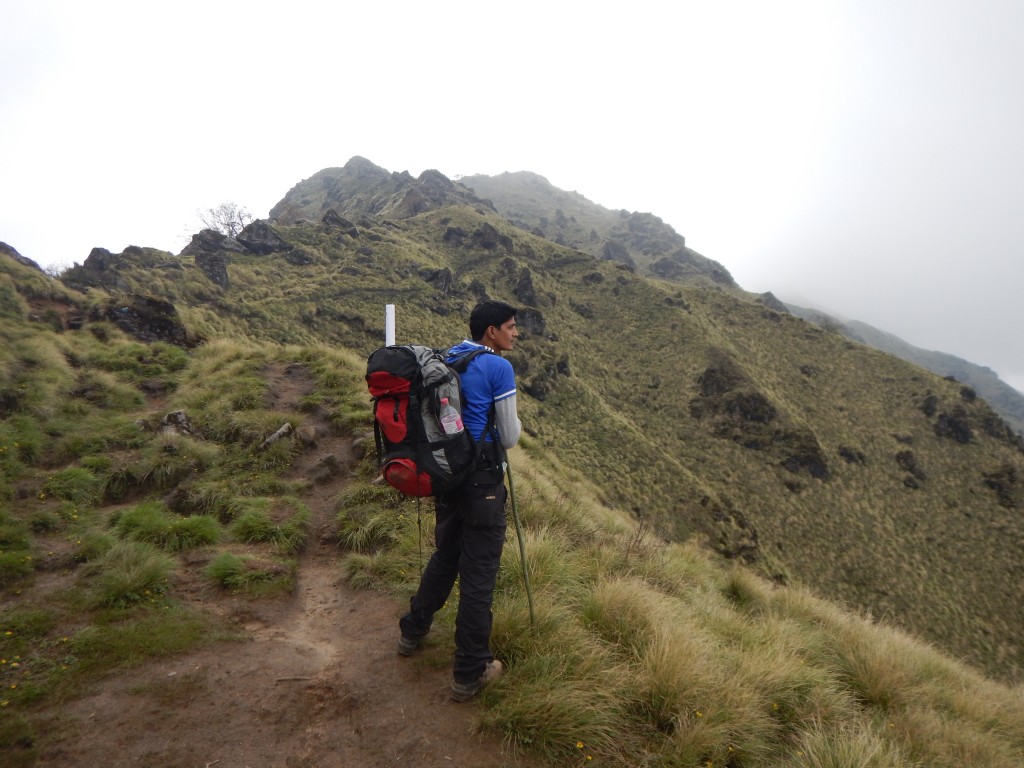 On this trip, Babu and I stayed both before and after our trek to Margi Himal in Pokhara, a beautiful touristic town on the way from Kathmandu to the Annapurna range. 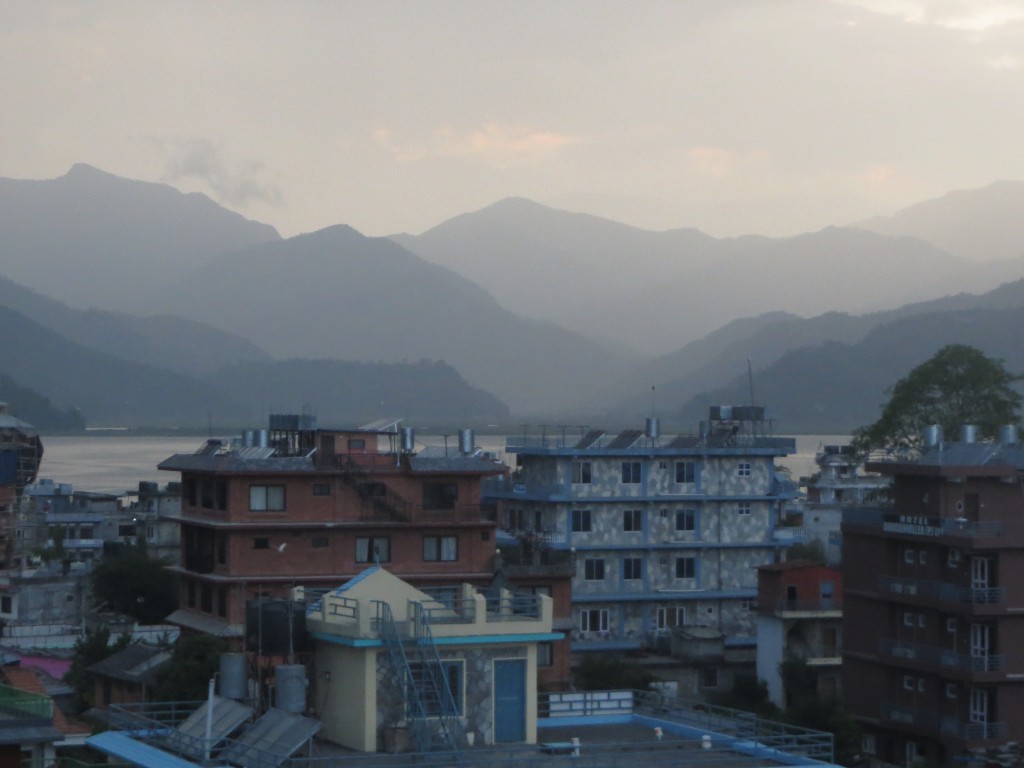 Pokhara is the second largest city in Nepal (after Kathmandu) and is well known for its location beside majestic Phewa Lake. Pokhara and Kathmandu’s tourist area (Thamel) are so different. The lakeside in Pokhara is a modern area that might as well be a quarter in a town in Europe or United States. Thamel, on the other hand, has many narrow streets and beautifully old buildings and temples. If Pokhara is not already on your itinerary for your next journey to Nepal, I recommend that you to consider it, as Pokhara is definitely worth a visit.

This is the third year in a row that I visited Pokhara at the end of May. Usually, the town is full of tourists this time of year, who are on their way to or from the many popular trekking routes around Annapurna or Upper Mustang, which is famous for its old monasteries and rich culture.

When I visited Pokhara this year, however, the town was completely empty of tourists.

As an example, during dinner one night in a popular tourist restaurant, the restaurant was totally empty. During our meal, Babu said to me, ”I am counting the number of tourists that are passing outside this restaurant… The number is zero.” 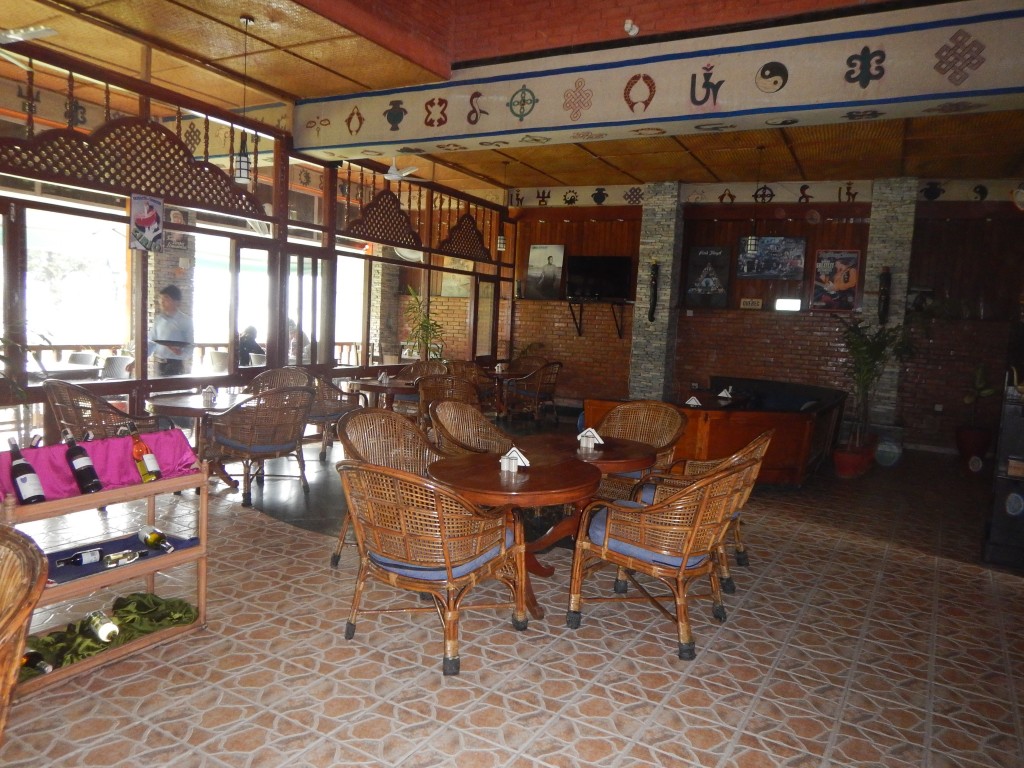 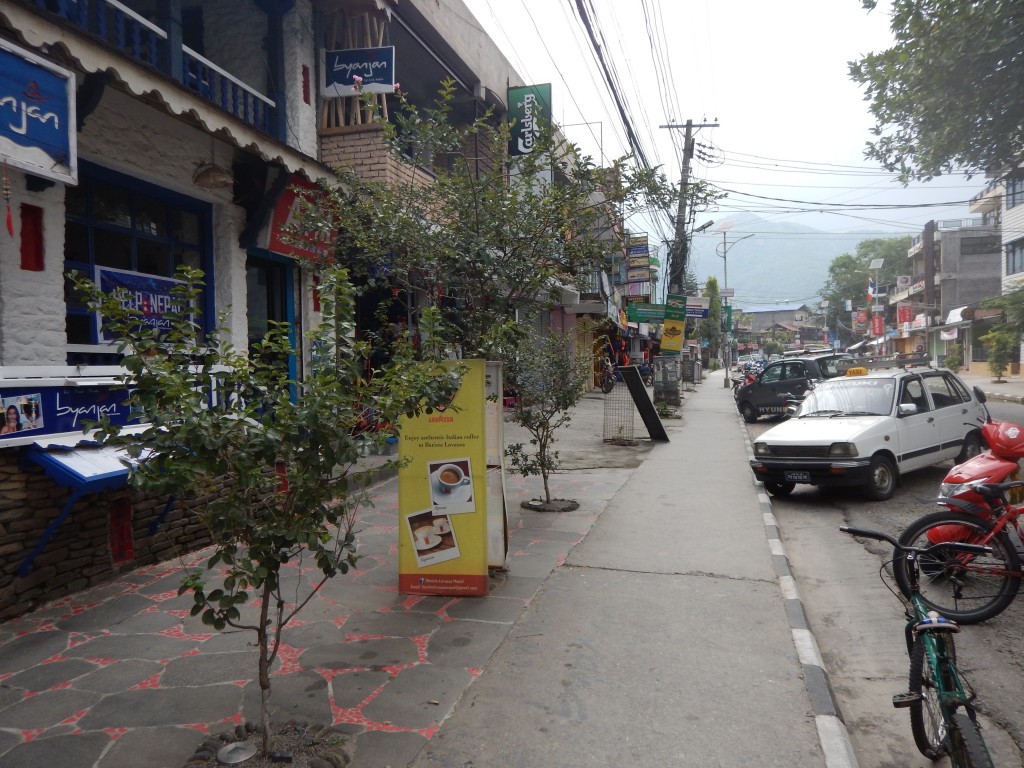 This fact worries me, and I am worried of the consequences for my friends that earn their living in the travel and tourist industries, especially if this trend continues throughout the upcoming autumn season.

Regarding travel advice, I saw for myself that the earthquake has not damaged the Annapurna region. In fact, based on my trek to Annapurna and information I have gathered during my two months in Nepal after the earthquake, I am able to recommend traveling to Nepal this autumn, especially if it is on your to-do list.

Out of 75 districts in Nepal, the earthquake has affected only 14 districts. The popular trekking destinations near Mount Everest and Annapurna have not really been affected by the natural disaster. And all these areas, along with Chitwan and Bardia National parks and Buddha’s birthplace of Lumbini, which have escaped damage, are ready to receive visitors.

In fact, this past Thursday, the United States, United Kingdom and New Zealand revised their travel advisories, cautioning their citizens only against visiting the most damaged parts of Nepal. Canada has also recently done the same with more countries to follow soon, according to the Nepal Tourism Board. Plainly stated, the governments of western countries are reaffirming that Nepal is a safe place to travel again.

Our friends in Nepal deserve our support. One good way to support them is to visit Nepal this upcoming autumn. Autumn also happens to be the absolute best time, weather-wise, to visit Nepal. I will be more than helpful to give you detailed advice on the best places, touristic and non-touristic, for you to travel this autumn! E-mail me at: Ingvill@Livealifeinmotion.com, and I will help you to plan your journey to the country that has a big place in my heart. 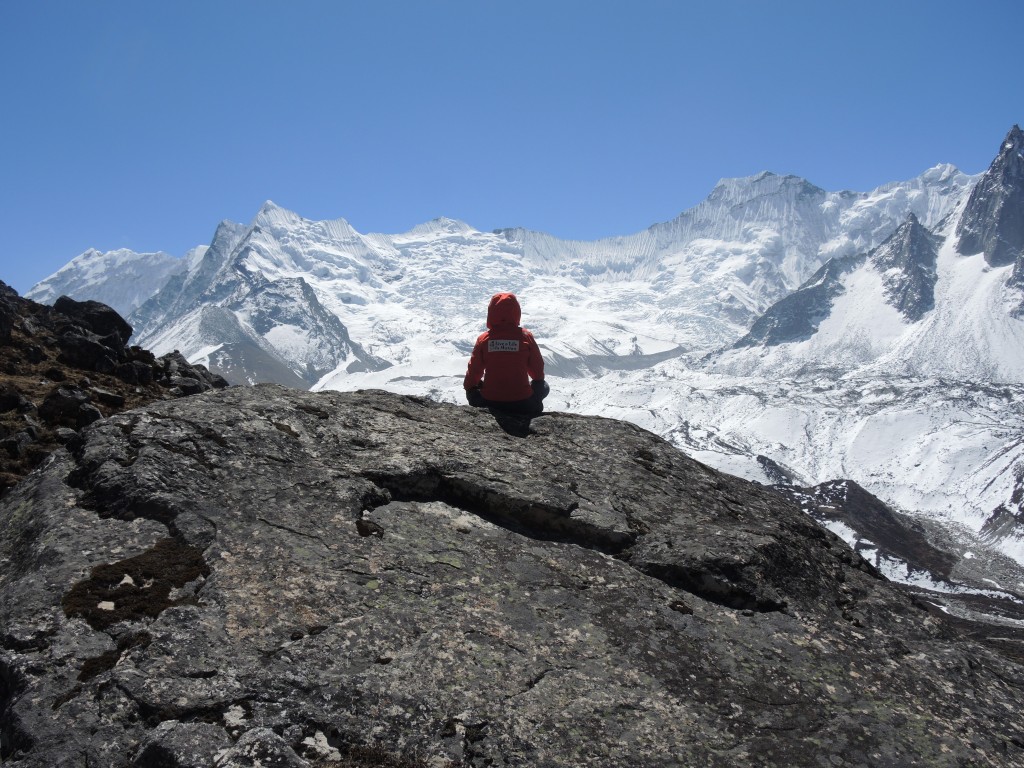