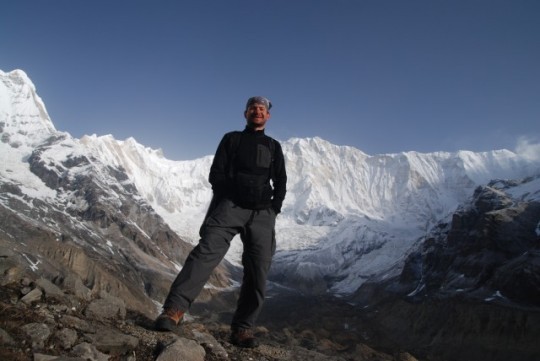 Nepal: More than meets the eye… A country in peril

Unbeknownst to much of the outside world, Nepal’s future is perilously on the brink of another disaster. In a little more than a month, the Nepali people will find out if their country’s lifeblood, the tourists, will return to it and the Himalaya during its annual peak season, autumn. The verdict will have an impact much more profound than one could imagine.

As Ingvill reported last week in her article, On Adventures In Himalaya, Is It Advisable to Trek in Nepal this Autumn?, nearly all tourists, rightfully, fled Nepal shortly after the horrendous earthquake on April 25th and still remain few and far between as of more than a week ago. As we have seen in news reports, irreparable damage has been brought upon thousands of people in Nepal, especially in the rural areas outside of Kathmandu. However, widely unreported has been that much of Nepal was not physically affected by the natural disaster. In fact, three of the top four top tourist destinations in Nepal – the Everest, Annapurna and Chitwan regions – were more or less unaffected. While Nepal’s top tourist destination, Kathmandu, has now, essentially, returned to its daily routine. 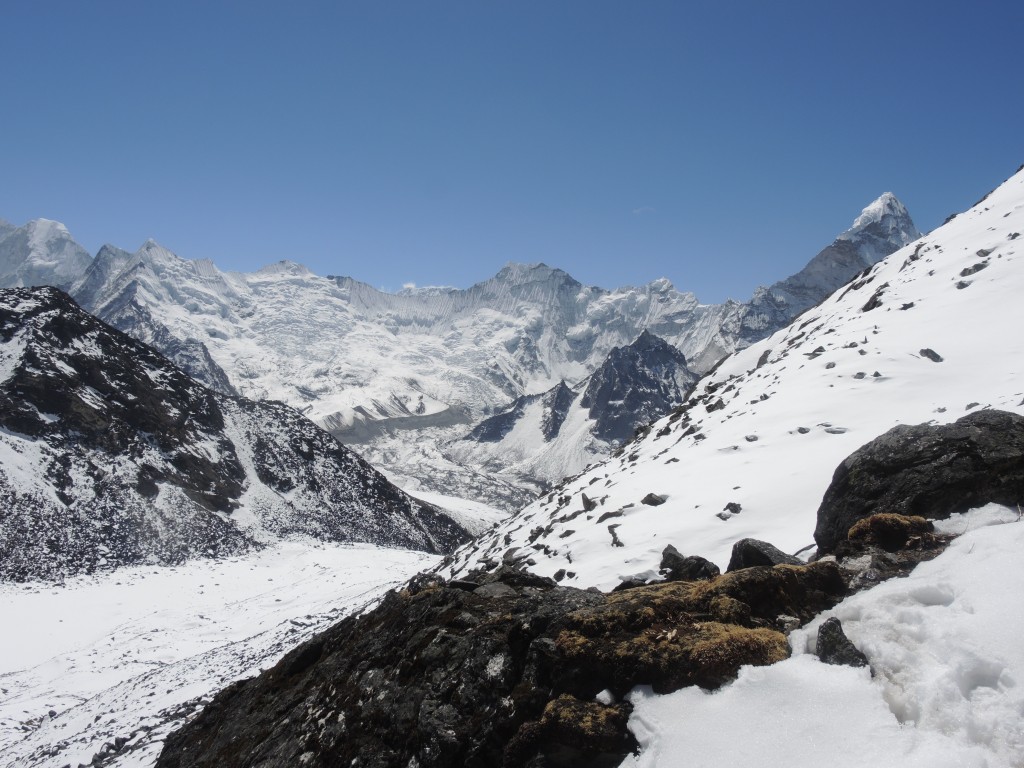 Also largely unreported in the West is that on July 2nd, the United States, United Kingdom and New Zealand revised their travel advisories, cautioning their citizens only against visiting the most damaged parts of Nepal.(1) Canada has also recently done the same with more countries to soon follow, according to the Nepal Tourism Board. Plainly stated, the governments of western countries are reaffirming that Nepal is a safe place to travel again. 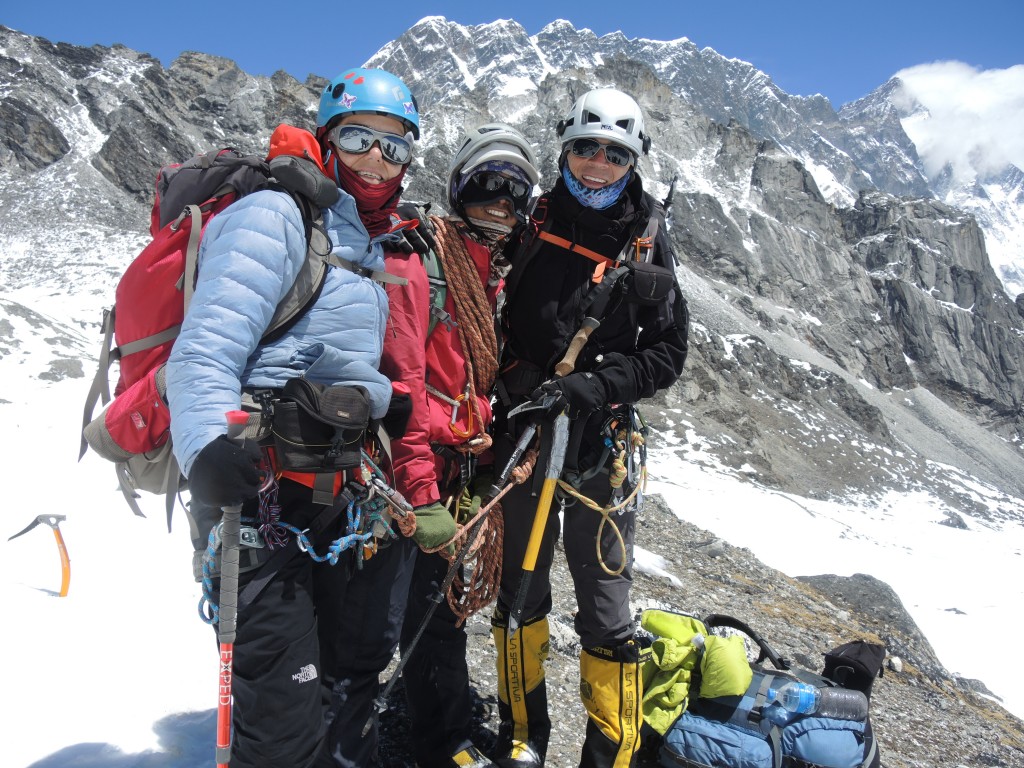 The Nepali people, whom Ingvill and I have spoken to, are very concerned about their economic future. Although more than 70% of Nepal’s population derives its livelihood from agriculture, many of the most populous farming areas were affected in the earthquake. Additionally, it is commonplace that at least one male from these households is connected in some way to the service sector (tourism) in order to supplement his family’s income. The total contribution of travel and tourism to the Nepali GDP (or wealth) rose more than 5% in 2014 and accounted for nearly $2.5 USD billion.(2)

What does this mean?

If tourists begin returning to Nepal this autumn in a meaningful fashion, the anxiety of the Nepali people is likely to ebb. However, if the tourists do not return (or if that is the perception of the locals), then it is likely that the Nepali people will resort to what has been one of the other main contributors to its economy, migratory work.

Not including India, it is estimated that more than two million Nepali men and women, about 6.5% of its population, work outside of their homeland.(3) While many Nepali people enjoy the prospect of being able to earn more than three times their traditional salary working abroad – the average income per capita in Nepal is about $700/year USD; by comparison, Bangladesh’s average income per capita is about $950/year USD – this decision does not come without commonly known risks, which weigh heavily on the Nepali people and their families. 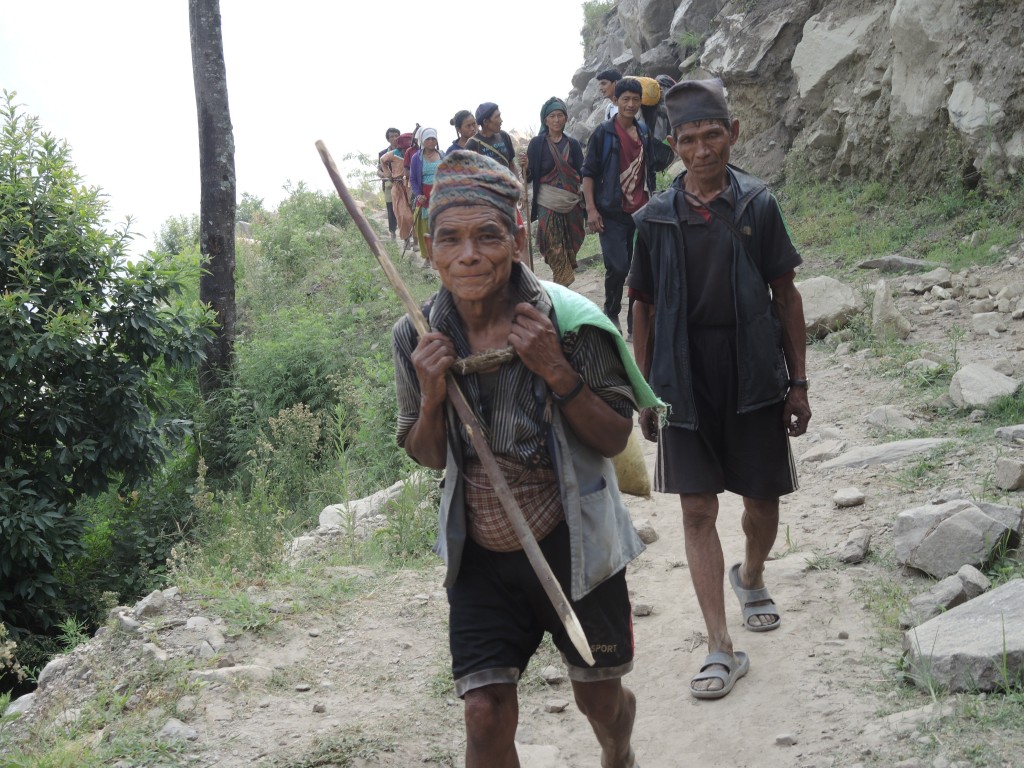 The Nepali work ethic, made most famous by the Gurkhas, is well known the world over. As such, recruitment agencies and brokers, which many times require high fees in return for visas, have set up shop in Nepal in order to attract workers abroad. While some Nepali migrant workers are fortunate and work abroad under good conditions, many others work in unsafe and exploitative conditions, which all too often may include the employer withholding the worker’s passport for the duration of employment, non-competitive pay, non-payment of wages and abysmal work conditions (such as factory jobs in constant 90F/32C+ conditions).(3)

The Nepali migratory work business is so large, in fact, that the most popular sport in the world, soccer/football, has been implicated in it. Since FIFA awarded Qatar with the 2022 World Cup, it has been widely reported that as many as 1,200 Nepali workers have died in the construction of venues for the event. While the BBC has questioned the reliability of this reported number, evidence suggests that the number of deaths may actually be higher.(4) Regardless, a death count anywhere close to this figure is absolutely absurd for such a wealthy country as Qatar and should stand as an example of the types of working conditions that not just Nepali, but other migrant workers as well, work under.

But if this news wasn’t already disturbing enough, it is widely known, not just in Nepal but worldwide, that migrant workers are all too often subject to human trafficking. Each year more than 20,000 women and young girls (between the ages of 12 and 25) are trafficked into India and into a life of slavery under false pretenses of well-paid jobs, promises of marriage to wealthy businessmen or outright abducted.(5) This type of irreparable damage would be beyond horrifying in a western country. In a country as close knit as Nepal, the devastation from these events is indescribable.

Now that we know the problem, what is the solution? 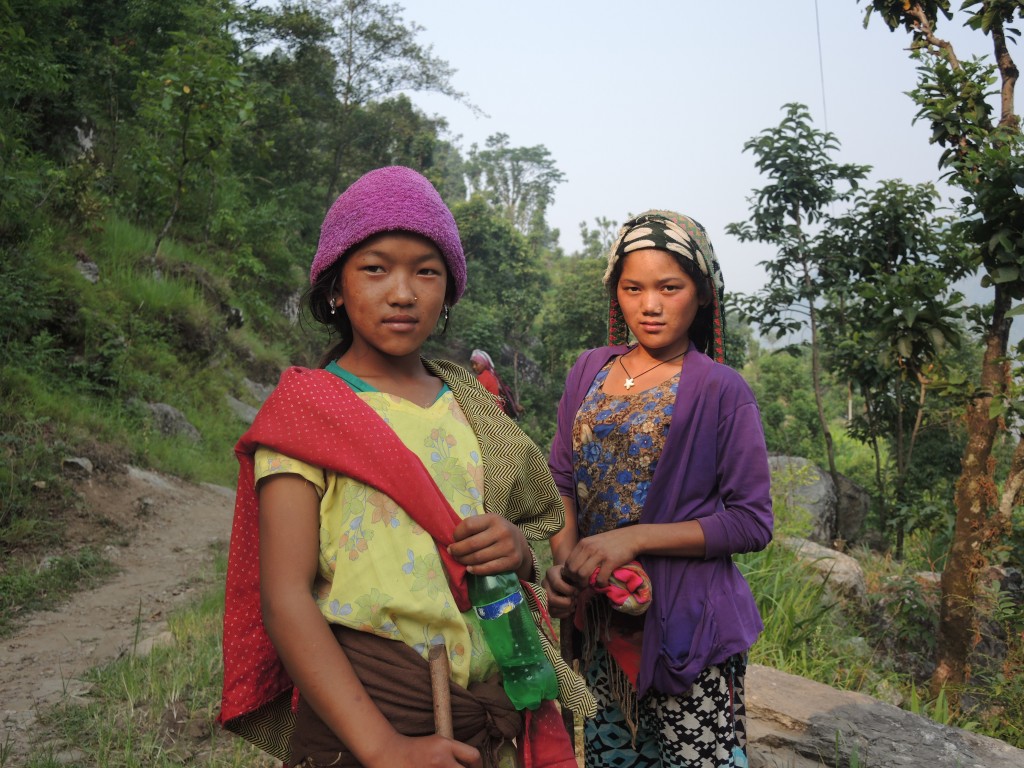 If you said “yes” to any of these questions, guess what? You can be a part of the solution… visit Nepal this autumn!

If you have any questions or concerns about Nepal, please contact Ingvill at Ingvill@livealifeinmotion.com. She will help you to ease any concerns you may have, while, at the same time, offer you plenty of options to consider during your visit.

Most simple of all, share this article with your loved ones and friends, especially anyone who would have said “yes” to any of the questions above. 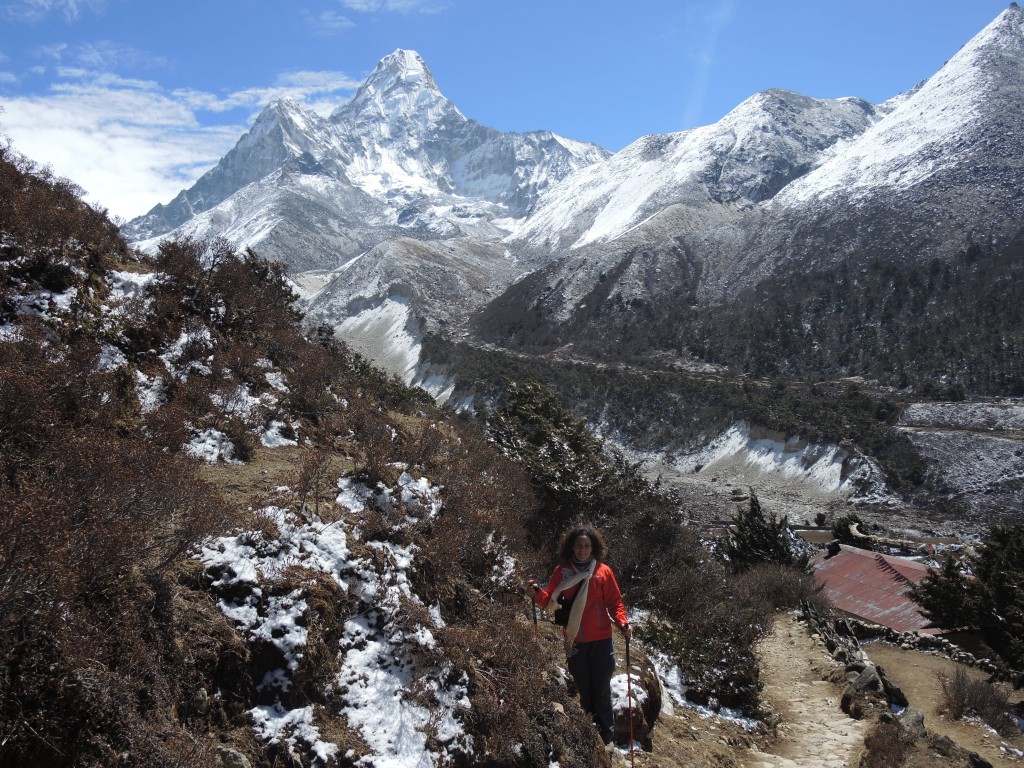 The World Travel and Tourism Council reports that 500,000 Nepali people (50% women) work directly in the $1.6 billion USD Nepali tourism industry and nearly $1 billion USD more is added indirectly to Nepal’s economy by the travel and tourism industry, meaning that millions of family members are benefactors of this income. A recently published post-disaster report warns that the Nepali tourism industry could shrink by as much as 40% from last year.(6) If this happens, then the Nepali people will be forced to resort to other measures in order to offset their loss of income… including migrant work.

National problems cannot be solved overnight… but the solutions certainly can start to be implemented today!

Talk with your spouse, significant other and friends today. By visiting Nepal this autumn, not only will it have an impact on your life, it will leave a huge impact on the lives of many others.

If you are unable to visit Nepal this autumn, please forward this message to a loved one or a friend who may be able to… The future of Nepal begins in a little over a month from today. 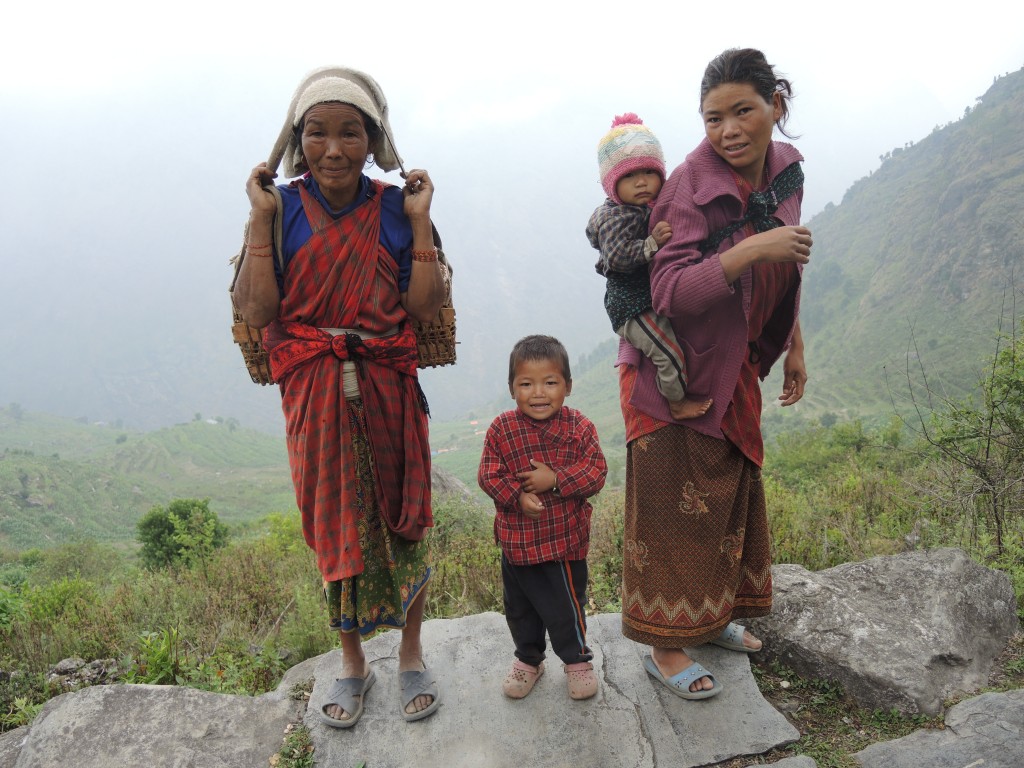 – Buy a Happy Heart Universe t-shirt made in Nepal. 100% of the profits on all t-shirts sold before August 1, 2015 will go to support rebuilding projects in Nepal.
– Participate in one of the non-touristic treks we are organizing. We donate 1,000 Norwegian Kroner per person to a project. (At the moment, these treks are targeted exclusively for Norwegians.) Send an e-mail to Ingvill@Liveafeinmotion.com for more information.
– Donate money to the Nepal Earthquake Relief Fund.