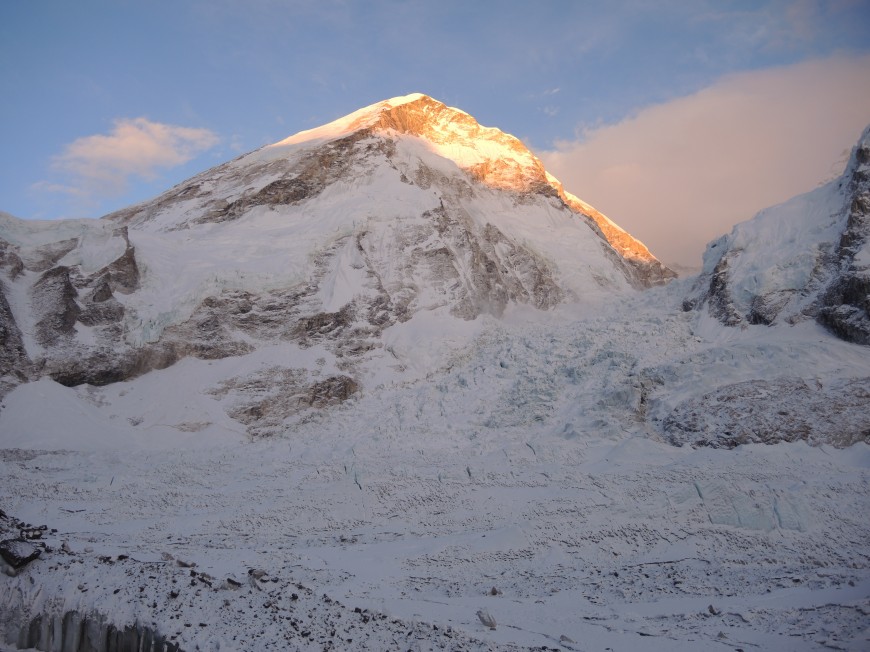 I have come back to Kathmandu and spent some days here after the Expedition. The last month has really been moving. So has the life of many others who had the ambition of climbing Mount Everest this season. But most important is the consequences the avalanche 18th april had on the families who lost a familymember in the accident. There where 16 climbing sherpas that died in the accident and 6 that where flown to the hospital with injuries.

It is sad when young men with wives and children at home die far to young in an accident like this. In Nepal is it very common that the wives stay at home with the children while the men works outside the home and earn the money to support the family. Being a climbing sherpa and have the Himalayas as your workplace is a high risk proficiency.  It is as in other countries compensated with higher salaries and bonuses than other proficiencies in Nepal. For example equals a summit bonus for getting a client to the top of Mount Everest the same as 10 monthly wages, for a newly educated IT programmer with a Bachleor Degree. When an accident like this one occurs is there little support to get from the state. The families has to rely on friends and family to provide for roof over their head and food on the table. This is cruel! 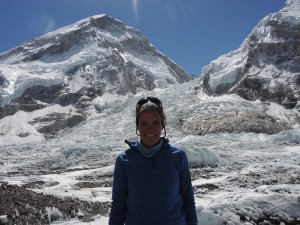 The days after they finished the rescue was days to think through what this business is really about. When you see the consequences for the families that have lost a dear one can you really wonder. There has been a disagreement between the government and the sherpas about the compensation the individual family should get after the accident. The government offered $400 per family, while the sherpas has asked for $10.000 in compensation per family. After some days with negotiation did they agree that the families should get $10.000 in compensation.  After the Avalanche did we spend a week in basecamp where we did not know what was going to happen with the expedition. 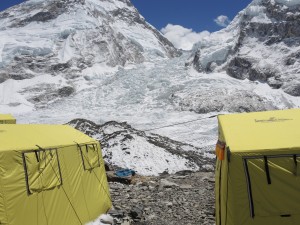 It is a strange feeling to get the message that the expedition is called off. To climb Mount Everest is one of  the biggest events you can participate in, if you like to climb mountains. One part of me would off course continue the expedition and try and reach the top. Another part off me understood the circumstances and fully accepted the decision. I and many with me have invested a lot to be on this expedition, and before it has really started is it over. 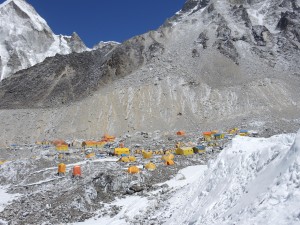 During the last week in Everest Basecamp was there a lot of uncertainty if the expeditions would continue or not. The first time I attended a meeting where the sherpas announced that they did not want to continue and that the climbing was called off, was my first thought that there are more important things in life than climbing a mountain. LOVE for example………. 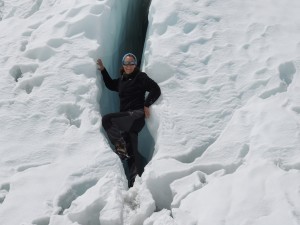 It is almost a week since we started on our return from base camp. Many of you who read this blog might wonder what I think about the situation. I think that I can not use a lot of energy to be irritated over the situation. It is a situation that I cannot affect. When I realised that it was over for this year, had I already started to mentally prepare myself for my life after Everest. 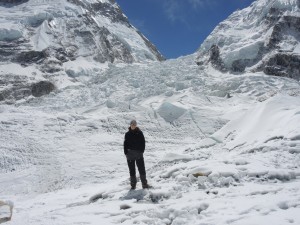 Here I am back in Kathmandu. Will I try to climb Everest another year? Most probably. There is no doubt that the Mount Everest region is a wealthy region in Nepal. That many nepalis has benefited from the development of the tourist business that started in this region, with Hillary climbing Mount Everest.
I will Mingma Thsiri Sherpa and his team in Ascent Himalayas Treks & Expedition, for the incredible job they did with the preparation they did getting us i shape to climbe Mount Everest.