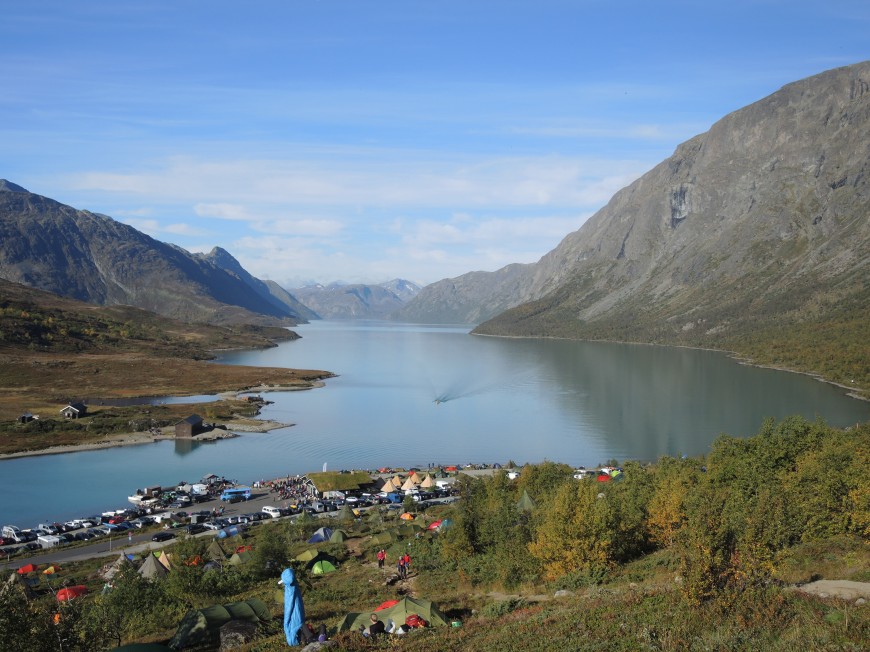 Back to where it started

I have spent the weekend at Gjendesheim a cabin owned and run by the Norwegian Trekking Association, in Jotunheimen which is one of the popular mountain areas close to Oslo. It is exactly seven years since I was in the same area of Jotunheimen on my first weekend trip in the Norwegian Mountains. I was in a period in my life where I was trying to create a new phase, after a break up with my ex boyfriend through 17 years. It was a demanding time where I used a lot of mental energy, trying to figure out what I should occupy myself with in my spare time. This weekend did I participate on a guided weekend trek with the Norwegian Trekking Association and ascended my first 2.000 meter Surtningsui and walked over Besseggen. Besseggen is one of the most visited tourist sites in Norway and people come from all over the world to walk this ridge. The ridge has a reputation for having some exposed parts that makes this really demanding for people that are afraid of heights. This was when my own fear for heights was totally out of control so I had a interesting moment on the most exposed part. Even though I was scared to death on some parts of the trek, did I experience to fall in Love with the mountain life at first sight. I was totally hooked on spending my spare time in the mountains after that weekend. 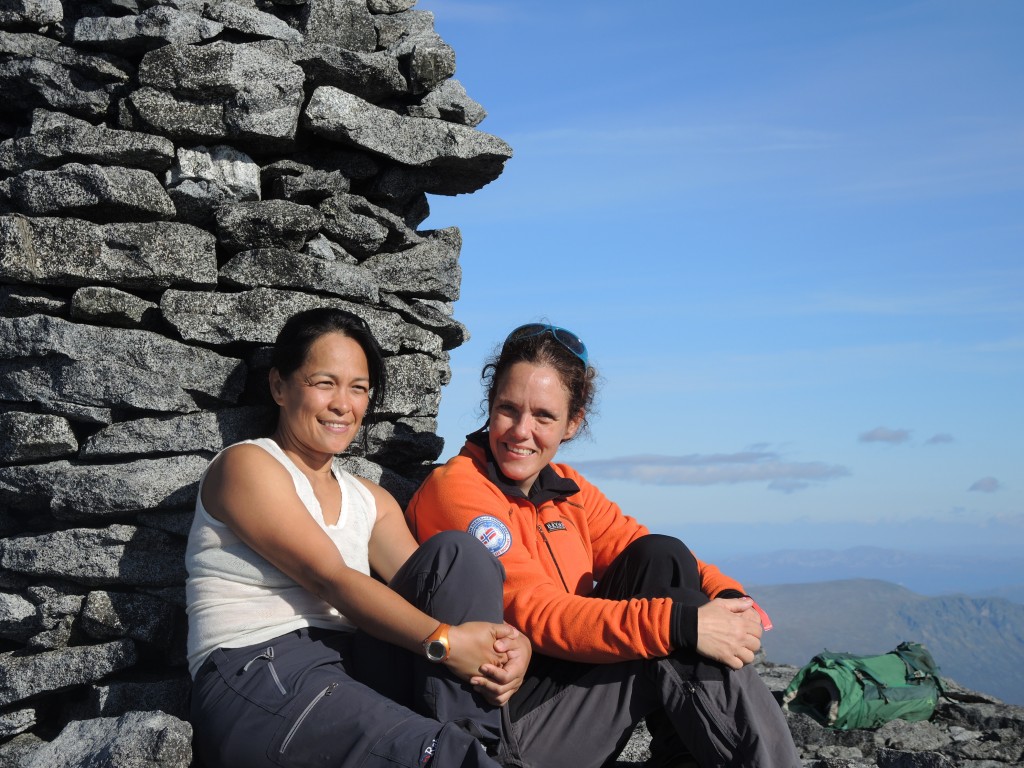 This weekend was I back to participate on a Mountain Film Festival. I wanted to combine being at the Film Festival with a day trip to one of the 2.000 meter tops called Besshøe(2.258). If some of my foreign friends reads this blog do you might wonder what is so special about a 2.000 meter top. As Nepal has their 8.000 meters has Norway 2.000 meters. We have around 230 tops over 2.000 meters the highest top in Norway is Galdhøpiggen(2.469 m). It is very popular to ascend them and many persons has it as their project to summit all 230. On friday evening when we planned the walk to Besshøe was I a little bit confused. I could not find the top on the map. In my head was it not 2.000 meters we have as the tallest mountaintops in Norway it was 5.000 meters……:-) 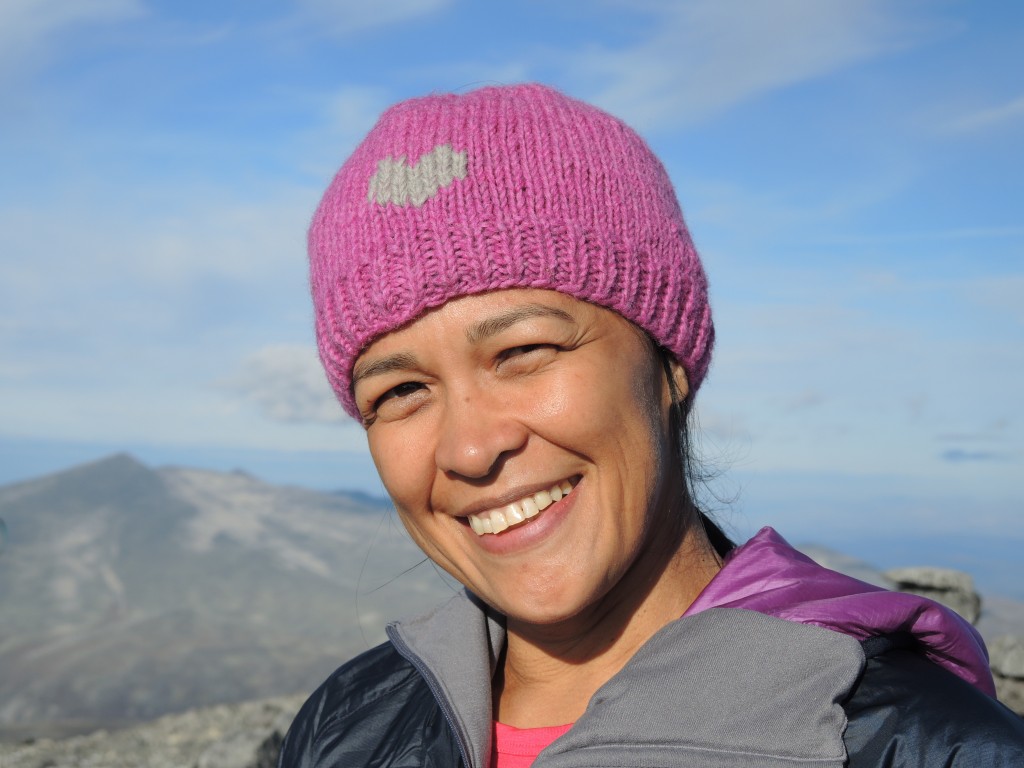 I was on the Film Festival together with Evangeline that I met for the first time in march right before I was leaving for Nepal and the Mount Everest Expedition. She had read my blog about my trip to Ama Dablam and wanted to meet me because she wanted to start on her mountaineering adventure. She told me that she did not have any friends to share her passion for climbing and the mountains with. I told her what I had done when I started on the same journey, and I could assure that she would get new friends that shares her passion. When I met her again this weekend almost six months later have Evangeline got her network with friends that she can climb and go trekking with. She has so many plans and dreams for her future mountaineering life. It really warms my heart to see how she has developed her skills and passion. I look forward to follow Evangeline and the adventures she sets out on in the future. 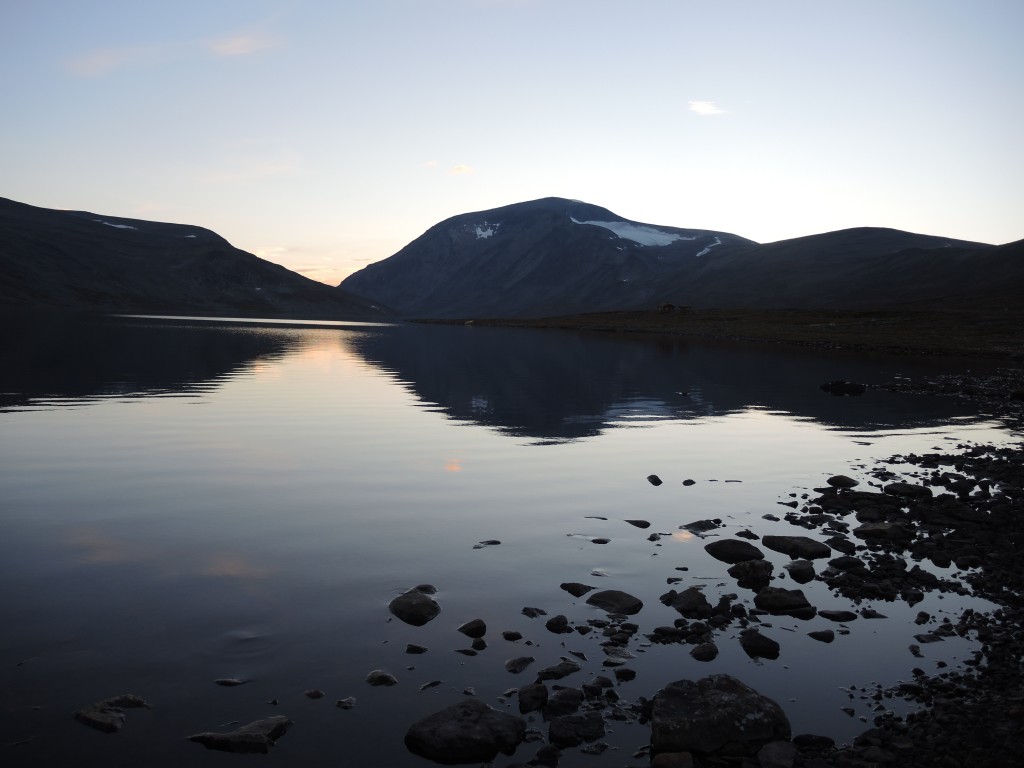 We had an absolutely beautiful, amazing, ones in a life time walk to the top of Besshøe. There where no clouds in the sky, no wind and the sun was shining on the good girls that was out walking. The walk took much longer time than we had expected and our participation on the Film Festival was limited. We where fortunately back in time for the lecture by Cecilie Skog. She was the first woman in the world to complete the Explorers Grand Slam. She has also ascended K2. Her lecture was amazing. She stood there and shared personal stories with a sensitivity that made me both laugh and cry. Her lecture was living within me on my way back to Oslo the day after. Cecilie leads me to believe that BIG DREAMS should not only be dreams. She makes me believe it is possible to live out the BIG DREAMS if you listen to your heart and follow the path your heart tells you to follow.